Sold-Out! 2020 Challenge of the Americas a Rousing Success 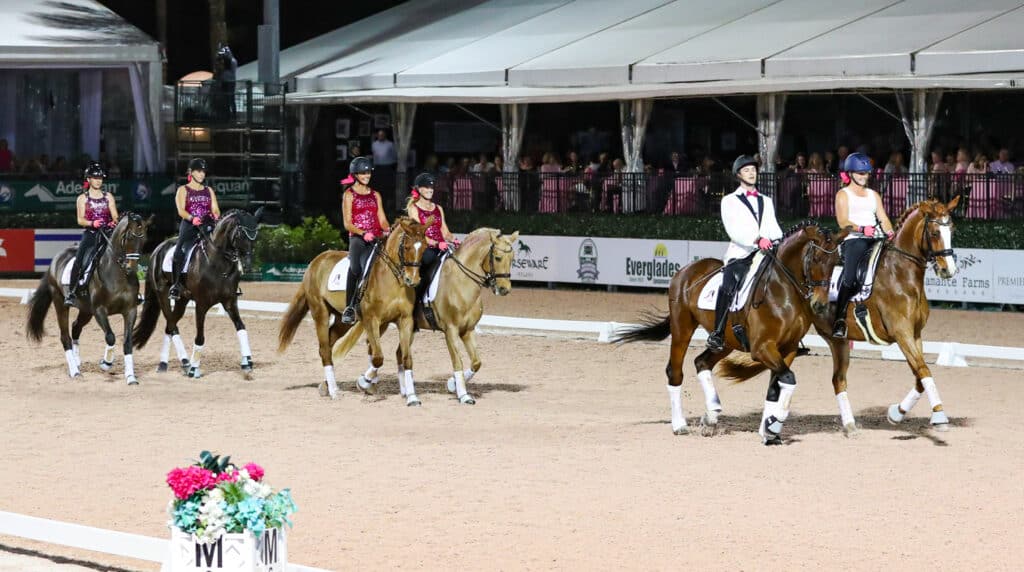 The 2020 Challenge of the Americas was one to remember. The South Florida weather was picture-perfect and the atmosphere electric as a sold-out grandstand and VIP audience cheered top riders and their glittering mounts as they danced under-the-lights in the International Arena at the Global Dressage Festival Showgrounds in honor of the fight against breast cancer.

If you weren’t able to attend, we hope you joined the excitement via the amazing live stream provided by Chronicle TV. The spectator Judging App, sponsored by IDA Development, was a great success with spectators world-wide voting for their favorite teams.

During the pre-event exhibitions, we enjoyed the upbeat music of the jumping quadrille sponsored by Park Luxury Accessories and performed beautifully by the pink-clad first family of jumping, Millar Brooke Farm, with riders Charlotte McLaughlin, Amy Millar, Jonathon Millar, and Kelly Soleau-Millar.

We laughed at the delightful skit by Shining Moments and Diva, performed by Leah Drew, Savanna Garvey, Tegan Pedigo and Madison Shellnut, participants in Lendon Gray’s Winter Intensive Training program. Those two ponies really had all the right moves in all the right places and Tigger Montague was a hilarious commentator.

The outstanding dance moves by two well-matched ponies ridden by khaki jumpsuit clad Lauren Chumley and Jessie Hays had the audience sure “who you gonna call” in a Ghostbusters-themed pas de deux.

Thanks to Cunningham & Cunningham Livestock Insurance for protecting the COTA benefit with the best insurance coverage possible, to our media partner the United States Dressage Federation for partnering with us to spread the word, to Fleeceworks for providing saddle pads for all the riders and to MacRider Saddlery for the donation of a beautiful, high-end dressage saddle.

And how about those riders and their amazing horses! These accomplished athletes gave their all. For two months, each team of riders and their steady mounts met weekly without fail to practice their routines. Together with the talented choreographers and coaches, they developed, planned and perfected their fabulous performances.

Dancing to the pop music of Beyonce, Team Hylofit dressed to impress in sequined outfits and glittered horses and, just like Queen Bey, they wowed the crowd with their synchronized precision. Thank you to choreographer Melissa MacLaren Velix along with coaches Chris Hickey and Jacquie Brooks and riders Meagan Davis, Heidi Degele, Hope Cooper, Melissa MacLaran Velix, Molly Paris, and Caleb Scroggins.

Team BioStar honored the heroes in our lives as they returned clad as swash-buckling superheroes to defend the universe against evil-doers accompanied by powerful show music and exciting choreography. Thank you choreographer and coach Tigger Montague along with riders Jim Koford, Allison Kavey, Lauren Chumley, Becky Cowden, Lisa Lewis, and Sara Schmitt.

Team Winged Foot Enterprise entered in USA-themed rocker costumes giving the audience a hint of things to come when they came down centerline in denim vests with American flags across the back. Their winning performance set to the iconic music of Bruce Springsteen showed the audience who was “The Boss,” ending with the crowd pleasing, “Born in the USA.” Thank you coach and choreographer Ruth Hogan Poulsen along with riders Shannon Dueck, Bridget Hay, Ilse Schwarz, Ashley Madison, David Marcus, and Susanne Hamilton. 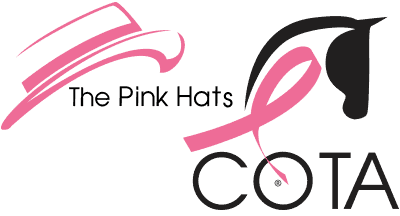